We consider that Inbound Marketing is so valuable for entrepreneurs that we decided to take this course, totally open and free , so that you understand the methodology and can apply it to your business.

Until just over two decades ago, all the resources that could be devoted to marketing and advertising were focused on sales. All the information of the products and services was owned by the companies and they bombarded customers with advertising about their benefits on TV, magazines, advertisements, etc. If the customer wanted to compare prices and get more information, they had to go to the business where a salesperson was waiting for them, who made sure they did not leave empty-handed.

The Inbound Marketing is a term coined by Brian Halligan and Dharmesh Shah, creators of HubSpot .

However, since the appearance of the internet and especially search engines, consumer habits began to change radically.

It was no longer only the companies that possessed the information, now Internet users discussed in forums, began to create blogs where they compared the quality of products and services and with this opinions and reviews began to emerge. Until finally social networks appeared, where absolutely everything is shared today. 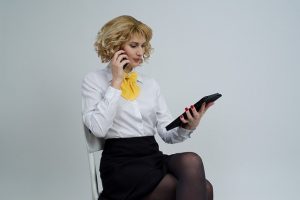 That’s when the buying process changed because you didn’t need to go to the company to get information about the product and service, but you did the research on the internet to finally make a decision. In fact, today it is estimated that around 68% of B2B customers prefer to do independent online searches and only 29% are willing to speak directly with the seller to learn more about the product or service.

This change in habit introduced the need for companies to start delivering information differently.

Additionally, the internet also helped companies to proliferate or at least to give greater visibility to those brands that were not so well known, so the competition to win the customer’s attention was increasing and it became increasingly difficult to differentiate as a company.

That’s when inbound marketing arises , a term coined by Brian Halligan and Dharmesh Shah, the creators of HubSpot, the famous company that develops and sells marketing software.